flamenco: an art that speaks&nbspto the soul, and frees the emotions 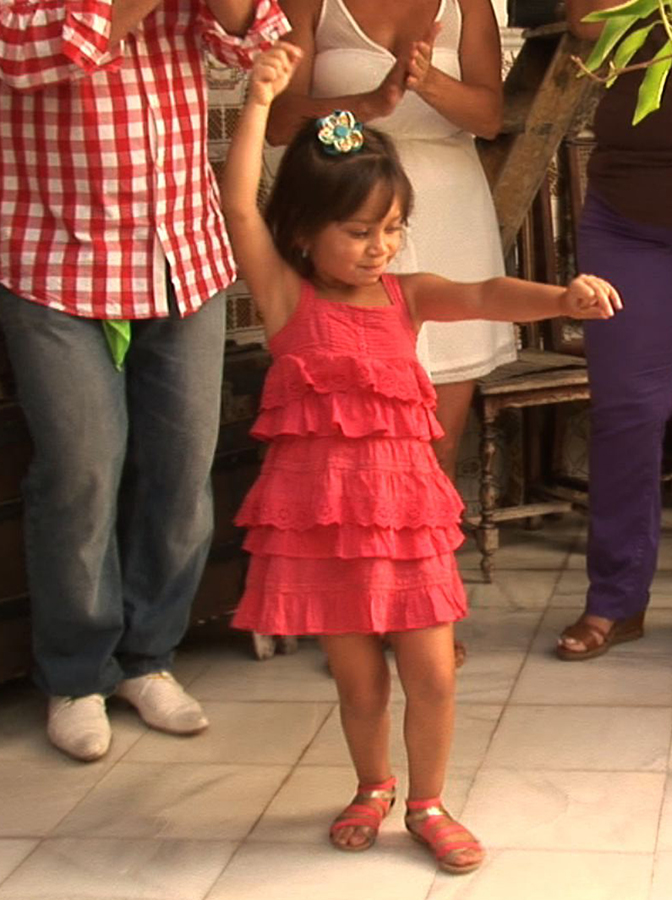 Flamenco is a passionate, deeply emotional art form that originated in Andalucía, in southern Spain. It is closely associated with the gitanos (Spanish Gypsies) of that region. It is a complex, and very complete, art - an art to which UNESCO has accorded the title of "Intangible Cultural Heritage of Humanity."

It is performed on stage, but is also part of everyday life, for gitanos in particular, who will spontaneously start singing at any celebration or simply at the end of a long day's work, or in a bar with friends. As one person sings, another will join in with rhythm - hand clapping, marking the rhythm on a table top, finger snapping. If anyone has a guitar, they will add that and if someone can dance, when it is appropriate in the song, that person will begin dancing.

Let me clarify: I'm talking about traditional flamenco, not the flamenco fusion or modern flamenco that is so often seen as stage productions and in night clubs outside of Andalucía (and even sometimes, within it).

Here's a short, technical definition: flamenco is a performing art in which the most important aspect is profound and deeply felt emotion. It is said that a person can't perform flamenco if s/he hasn't suffered - and is willing to express that suffering.

This emotion is expressed using a certain musical, rhytmic, and dance vocabulary. The song is the most important element. Getting technical again, the song, music and dance are most often broken into units of 12 beats in uneven but repeated meter - so, for example, the form can go 3, 3, 2, 2, 2, or 2, 2, 2, 3, 3. The singer - called cantaor - needs to keep to the 12 beats but can slow them down or speed them up at will; and the musical accompaniment must follow the singer. The songs are a combination of memorized "traditional" verses (some of them very old) and newly minted verses that are passed from one singer to another. So long as s/he keeps to the tune and rhythmic pattern of a specific flamenco form, the singer can sing whatever verses s/he pleases.

The music consists of rhythmic accompaniment and often, a guitar; but no other instrument if its traditional flamenco. For the guitar, the music favors certain specific chords and chord progressions; one kind of chord is called "frizian," a name I find very evocative (if a bit incomprehensible). The guitarist's chief role is to accompany: first and foremost the singer and secondarily, the dancer. However, at the very beginning and, if there is no dancer, at any time that the singer allows it, the guitarist can play a short solo, often improvised.

If there is a dancer, s/he must also follow the singer when that person is singing, but there will also almost always be a section - or sometimes, several sections - where the singer stops but the music continues, and this is where the dancer leads, where the dancer can show off his or her stuff. The dancer also has at least one moment at the opening of the dance where s/he can shine, with fast and intricate footwork, graceful arms, and a well-managed body.

The main confusion between flamenco, flamenco fusion, and modern flamenco is that performers executing flamenco fusion and modern flamenco don't call their performance by its proper name. They simply refer to it as "flamenco;" some out of ignorance and some, because the term "flamenco" sells more tickets. As a result, you see performances where the cajón drum is used, or a flute or piano that call themselves "flamenco." You see dancers that are clearly using movements from modern dance, or hip hop, or dancers who perform without a singer, and yet they are calling this "flamenco."

In some cases, this misnomer comes from confusion: there is so much emphasis in flamenco on the emotion that some performers feel as long as they are full of true emotion, what they are performing is "flamenco." This is partly due to the world-wide popularity of flamenco, because as you move further from its source in Spain, there is more of a chance of the connection to the tradition being broken. I have heard people call themselves flamenco cantaors - flamenco singers - that couldn't even speak Spanish. Here they were, passionately singing verses that they couldn't even understand. It is very strange.

In the final analysis, as one of the experts in our documentary has said, flamenco has an "odor." If you see something and it doesn't smell like flamenco, it's not flamenco. Our documentary has lots of flamenco in it, so by the time you've watched it, you should have a much better idea of what flamenco really is. And I think you will find it very moving.